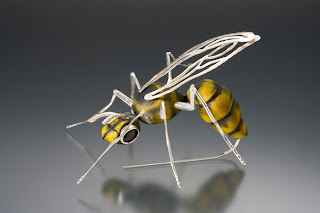 The First of the Insects 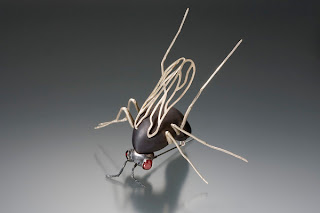 Lately I've been totally preoccupied with making brooches based upon insects. The first work, Culicidae, was a response to a design prompt to make a pair of brooches about the subject of sex. This interpretation could be as loose or as literal as we wanted - obviously, I didn't go the literal route. This piece relates to sex with the idea of "penetration". (In case you can't tell from the photo, the mosquito's proboscis is the brooch mechanism.)

"Culicidae" was featured in the crafts showcase at the University of the Arts' 2008 Presidental Inauguration Gala event. It was purchased by the school and given as a gift to Norma Klorfine, a Gala chair.

I loved my "baby" and was sad to see her go, especially since she lead to some really exciting works of art for me. But I couldn't think of a better way for us to part ways. The brooches that follow are like sisters to this piece - more on them later. 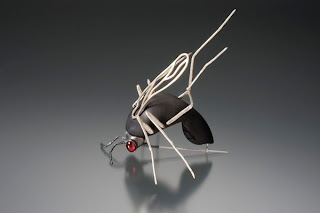 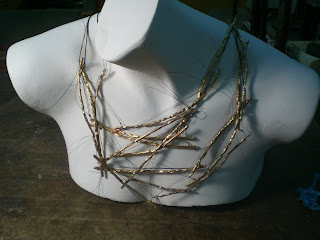 I am excited to finally announce the opening of my website! In the upcoming weeks, this space will begin to fill with photos and stories of my recent works in jewelry. If this is your first time stopping by, please sign up for the newsletter to receive news and site updates.