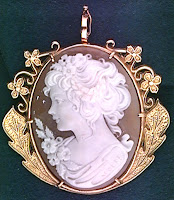 There was an assignment in Advanced Jewelry where we had to create some sort of cameo. We're accustomed to the image of the Roman-inspired cameo, where layered agate is carved into a profile portrait, usually of a beautiful woman.

This assignment was meant to elaborate on the idea of a cameo. What makes a cameo? What qualities does it have? How does it describe a person differently than an actual portrait? Narrowing this down, we came up with a few criteria: cameos were usually in relief, and they described some attributes about their subject - physically or emotionally - without including a background or context. 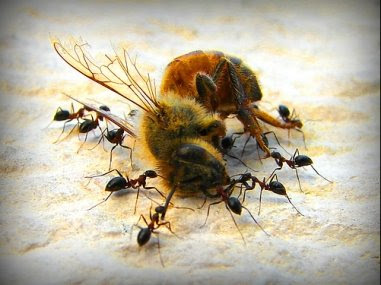 This project was difficult for me to start, but the result was my favorite piece - inspired by stories from my beekeeper friend Jacqui (jacquialexander.com) and by the beautiful image above (not by me - but I can't find the artist's name.) 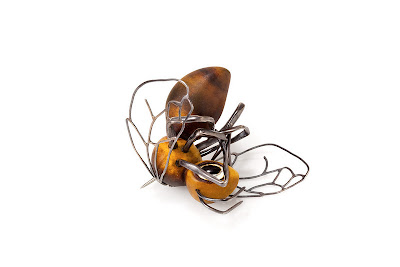 Look at those ants! Guh, bugs skeeve me out... haha, but I dig the concept behind your execution!